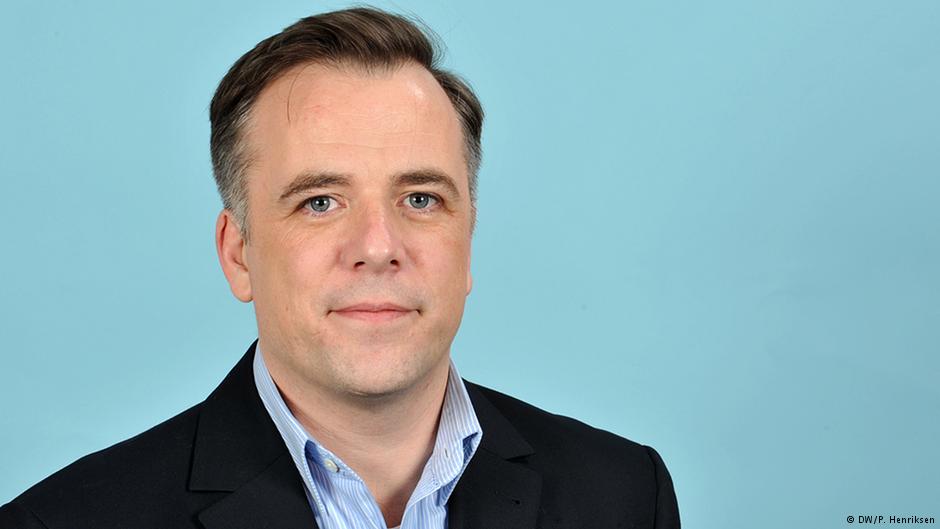 Opinion: Why ISIS in Iraq is a threat to Europe

With the chaos unfolding in Iraq, another Middle Eastern state looks set to fail. Instability in the region poses a direct threat to Europe, and there isn’t a satisfactory solution, writes DW’s Dennis Stute.
With the rise of the terror group ISIS in Iraq, chaos in Europe’s periphery is growing. In Libya, uncontrollable militias are holding the country hostage. In Syria, collapse would be a best-case scenario. At worst, it will remain the scene of a brutal civil war for years to come. And for some time, Yemen has occupied one of the top positions on the list of failed states.
Violence reaches Europe
More countries could follow: The tiny state of Lebanon has taken in one million Syrian refugees, putting social peace and stability at risk – as in Jordan. Hezbollah’s involvement in Syria means Lebanon has been ensnared in Syria’s civil war with some of the skirmishes taking place on Lebanese soil. Weapons from Libya have made it into the hands of terrorists from Algeria and other neighboring states, including Egypt, where the government believes repression is the best way to deal with a polarized society.
The fact that the violence doesn’t stop at Europe’s external borders was made clear most recently at the end of May, when one jihad fighter returning home from Syria carried out a deadly attack at the Jewish Museum in Brussels.
According to the German Office for the Protection of the Constitution, 320 Islamists from Germany alone have gone to Syria. And of the 100 who have so far returned, about a dozen have combat experience.
Major problems remain
Anyone now calling for a military intervention in Iraq has a very short memory. The current chaos is also the result of such campaigns: In Libya, western strategists wanted to bomb a democratic society from the air. In Syria, they believed it would be possible to topple President Bashar al-Assad by half-heartedly supporting the rebels, and that a democratic model state could emerge in Iraq after the invasion of US troops in 2003.
If the Iraqi security forces manage to stabilize the situation – with or without help from the West – two fundamental problems still remain. Firstly, there is a head of government whose sectarian policies are turning the Sunni section of the population against the central leadership. And secondly, there is the civil war in neighboring Syria where ISIS is also involved in fighting. The resignation of Prime Minister Nuri al-Mailiki and the formation of a genuine government of national unity could potentially defuse the first problem. But there’s no chance of peace in Syria for the foreseeable future.
Bleak chances for peace
So what is to be done? As grim as it sounds, perhaps there’s no quick and satisfactory solution. Just preventing further destabilization in the region, however, would indeed be a success. For example, by providing more support to help Syria’s neighboring countries cope with the refugee problem. Or by pushing for a political solution, instead of remaining silent the next time an army chief announces a coup to test the international response – as in Egypt. Or by not supplying tanks and other weapons used to equip jihadists to countries like Saudi Arabia.
A solution can’t be forced from the outside in cases where it is too late for stabilization. This must come from the actors themselves. However, such a development – which should be wholly supported by the international community – would also require a stable environment without neighboring states where more trouble spots might arise.

“Turning torture victims away is horrible”

So far, Trump has refused to fall into the traps laid out by Iran

Why did the PUK’s brief flirtation with the PKK come to an end?