On the fifth of this April, shop owners in Al-Salam Complex in Qamishlo closed their shops, and organized a protest gathering in front of the municipality center affiliated with the Democratic Union Party (PYD), expressing their rejection of the latter’s continued imposition of taxes and exorbitant royalties on them, some of which amounted to one million Syrian pounds annually, in addition to obligating Shop owners have to pay other taxes for a period of three years in advance, which amount to 400,000 Syrian pounds.

This step comes at a time when the people of the region are suffering from a miserable economic situation and insane rise in prices amid a severe shortage of basic materials such as bread, sugar, oil and vegetables, knowing that our regions were the food basket of Syria in general.

In addition to all of the above, our people continue to suffer with the fuel crisis fabricated by the PYD and raising their prices by smuggling these materials and selling them on the black market of Benzin and diesel, knowing that hundreds of oil tanks are sent daily from the fields controlled by the PYD to the regime areas and areas under the control of factions the opposition through traders and brokers, all of the above led to the collapse of the agricultural sector as a result of selling and exporting the region’s goods and wealth abroad, and depriving our farmers and citizens of their dues at a time when the region has been suffering from drought for two years.

The policy of starving and humiliating our people aims to subdue everyone who disagrees with them and push them to surrender to the PYD’s destructive agendas and policies. One of the dangerous effects of this policy is the security chaos in the region and the increase in the crime rate in society, as a natural result of intimidating practices by armed groups against citizens, foremost of which is kidnapping and recruitment Children and minors, which led to the reluctance of students to go and enroll in schools and universities.

These practices have contributed to an increase in the pace of migration from the region, in search of security, stability and a livelihood, which leads to a change in the demographics of our regions.

We in the Kurdistan Yekiti Party – Syria stand by our people and support them with all the peaceful means we have to stop these policies and practices by the PYD administration, and we demand that they immediately stop these practices and bear the serious consequences of continuing with them, as the revolution of bread and hunger has not and will not be able to any force Silence or suppress it, and at the same time we call on the American side to carry out its responsibilities towards this reality by pressuring the PYD to stop these destructive policies at all levels, and we also call on the international community to pay the necessary attention to the Kurdish regions and provide them with assistance similar to other regions. 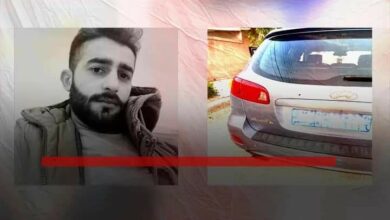