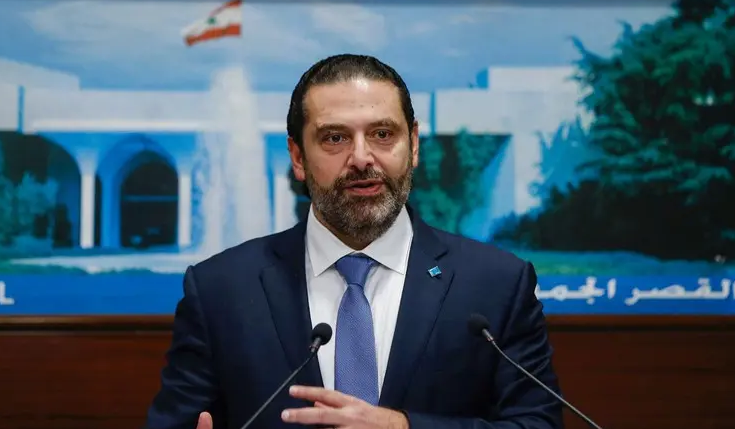 Lebanese Prime Minister Saad Hariri announced on Tuesday his resignation from government, weeks after an unprecedented wave of protests began in Lebanon.

“My resignation comes in response to the demands of [the people in the] streets of Lebanon,” Hariri said in a televised speech, adding he will be going to Baabda presidential palace, the official residence of the President of Lebanon, to submit his resignation to Lebanese President Michel Aoun.

His resignation comes as protests have swept Lebanon for nearly two weeks, demanding the government resigns amid growing anger at political leaders accused of corruption.

“Positions come and go, but the dignity and safety of the country is more important,” Hariri said.

Hariri’s initial reaction to the demonstrations was to give the government a 72-hour deadline to pass reforms. Once the timeline lapsed, he announced a reform package which included cutting the salaries of ministers and a tax on banks.

Hariri met last week with officials from foreign governments, including ambassadors from the US, Russia, and China, in an effort to garner international support for his government’s reforms.

But domestic support for the reforms faltered. Protesters rejected the fiscal reforms made by Hariri and his government, saying they would accept nothing short of a formal resignation by all cabinet members, in a statement seen by Al Arabiya.

As prime minister, Hariri headed Lebanon’s power-sharing government, along with Aoun and Shia Speaker of Parliament Nabih Berri. Aoun refused to step down on Thursday, in his first major address since the outbreak of the protests. Berri has criticized the protests and reiterated his support for the government, making no mention of resigning.

Hariri was first elected to Lebanon’s Parliament in a 2005 landslide victory, following the assassination of his father, then-prime minister Rafik al-Hariri, in a Beirut car bombing.

The Saudi-born Lebanese businessman is a telecom mogul, whose net worth in 2013 was estimated at $1.9 billion by Forbes.

COVID-19 Sends 2,500 US Paratroopers Back Home from Middle East