The boy Shekhmos is from Medan Akbs village in the Afrin countryside. His mother is Khadeja. And he is a student in preparatory school. 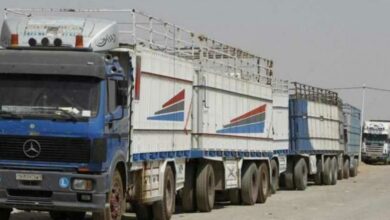