The US is to station troops in Syria to assist in the fight against Isis for the first time, a reversal of President Barack Obama’s opposition to basing US forces in the country.

No more than 50 troops will be sent to offer advice and support to the moderate opposition troops, White House spokesperson Josh Earnest said on Friday. He insisted it was not a combat role 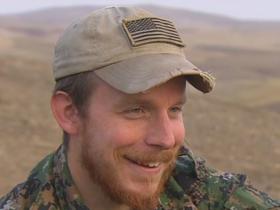 ‘Fighting Isis in Syria is no Call of Duty video game’

“There’s no denying the serious risk they will be facing,” Mr Earnest said, “but they are not in a combat mission.” US troops have entered Syria previously for one-off interventions, but this marks the first proper deployment.

Reports said troops will also be dispatched to Irbil in northern Iraq, and that Mr Obama has also authorised deploying A-10s and F-15 aircraft to the Incirlik air base in Turkey.

The US will also step up its military assistance to Jordan and Lebanon and will engage in further talks with Iraqi Prime Minister Haider al-Abadi to target Isis’s leaders and networks, an official told Reuters.

The news came as the latest diplomatic effort to end the Syrian civil war – including for the first time a representative of Iran – got under way in Vienna. The talks focused on a way to ease out President Bashar Assad, with Iran this week for the first time signalling it would be willing to see a six-month transition period.  The talks ended with a call for the UN to start a new ceasefire process between Syria’s government and the opposition with the ultimate goal of political transition. 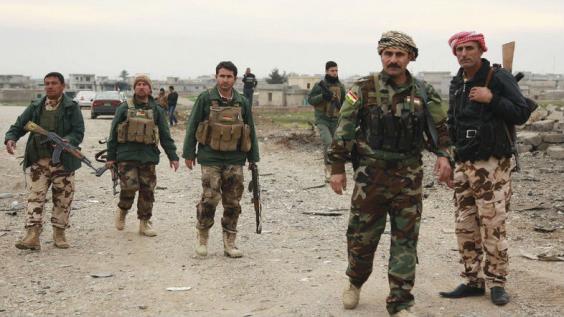 US Secretary of State John Kerry made the announcement at a joint news conference with Russian Foreign Minister Sergey Lavrov and the UN envoy to Syria, Staffan de Mistura. But the main sticking block – the fate of Mr Assad and an agreement on a “managed transition” to ease him out – remained unresolved.

In another shift in the US in recent months, no longer is Washington insisting on Mr Assad’s immediate departure. But it maintains that he cannot be part of any long-term solution to the four-and-a-half-year conflict, in which 250,000 have died and 11 million people – half of Syria’s population – have been displaced.

Mr Assad’s key patrons, Russia and Iran, do not rule out Mr Assad’s departure, but insist that the Damascus government and the Syrian opposition groups alone must decide their country’s future, a formula that effectively gives the Syrian President a veto. They point to the 2014 elections – which the West says were rigged – that returned him for a new term theoretically lasting until 2021.

Further complications are the fragmentation of opposition groups fighting Mr Assad, Russia’s military action to support him, and the swathes of Syrian territory now in the hands of Isis. 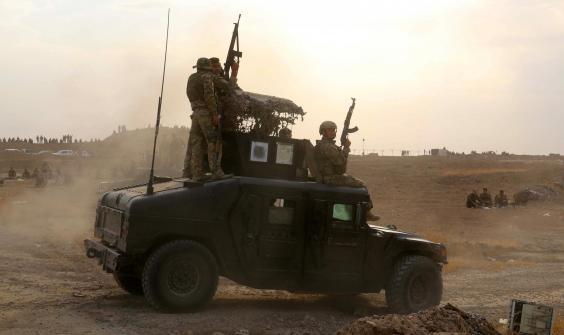 Kurdish troops are badly under-equipped and need more support from the West according to ex-SAS man, Phil Campian

What hope there is resides in the fact that finally all the main countries involved are sitting at the same table, and that after last summer’s nuclear deal, Tehran and Washington might be able work more closely together. But the prospects of that took a fresh blow yesterday with reports that Iran has arrested and imprisoned a fourth Iranian-American in Tehran – Siamak Namazi, a businessman in his early forties.

Iran’s presence only increased tensions with its rival Saudi Arabia, a leader of the coalition of Sunni Arab countries demanding Mr Assad’s early ouster. The Syrian conflict has become part of a proxy war between the region’s two biggest powers, while the increasing involvement of Russia and the US threatens to force a standoff between the two powers.

A senior Russian official warned the US against sending its own ground forces into Syria. The involvement of any foreign forces without co-ordination with Mr Assad’s government was “unacceptable”, Sergei Ryabkov, the deputy foreign minister said.

Russia began its air campaign in Syria on 30 September, claiming it was targeting Isis. But Western analysts say the bulk of the raids have been against more moderate rebels supported by the US and fighting president Assad. A missile strike on a heavily built up suburb of Damascus killed at least 45 civilians.

Mr Obama had previously explicitly ruled out a US deployment to Syria, saying in September 2013: “I will not put American boots on the ground in Syria.” But earlier this week, Defence Secretary Ashton Carter said the US had been considering options in recent weeks for intensifying the fight.

Two US officials said any deployments would be narrowly tailored, seeking to advance specific, limited military objectives in both Iraq and Syria. That option includes temporarily deploying some US special operations forces inside of Syria to advise moderate Syrian opposition fighters and, potentially, to help call in US air strikes.

Other possibilities including sending a small number of Apache attack helicopters, and US forces to operate them, to Iraq, as well as taking steps to bolster other Iraqi capabilities needed to claw back territory from Isis.

John Pike, a defence analyst with GobalSecurity.Org, said he did not believe the several dozens special forces being sent would ultimately lead to the dispatch of hundreds of thousands. He also said he believed the US had little alternative. “If we don’t take the fight to Isis, they are going to bring it to us,” he told The Independent. “They are far more dangerous than al-Qaeda.”

New House Speaker Paul Ryan said that he hoped the deployment of troops would be the start of a strategy for US involvement in the war. “[Mr Obama] really hasn’t had a Syria strategy,” the Wisconsin Republican told ABC News. “Hopefully, he has one now.”

Turkey: Syrians Pushed Back at the Border