Addressing a large crowd in north-west Turkey, Erdoğan also accused the west of possessing a mindset “remnant of slavery and colonialism”. 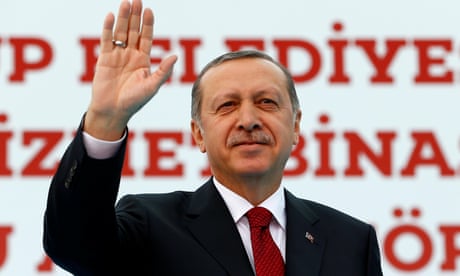 His latest anti-western outburst came on Friday amid a standoff with the EU over its demand that Turkey amend its anti-terrorism laws to secure visa-free travel in Europe for Turkish citizens.

The European commission has said it made its offer of visa-free travel dependent on Ankara rewriting its anti-terrorism laws because they were used to prosecute journalists and government critics.