The threat from Iran is still high, even after the United States carried out retaliatory strikes against Iran-backed militia in Iraq blamed for killing US and British forces in a rocket attack this week, he said.

After the killing of Iranian general Qassem Soleimani, it has become harder for Iran to make decisions and issue directions to its proxies, McKenzie added.

McKenzie said he believed the US retaliatory strikes against five weapons storage facilities in Iraq would deter “future strikes of this nature.”

But he did not suggest any easing of the risk from Iran and Iran-backed groups in the days following January’s state-on-state exchanges, which saw the United States kill a top Iranian general and Iran’s missile strikes in Iraq cause brain injuries in more than 100 US troops.

“I think the threat remains very high. I think the tensions have actually not gone down,” McKenzie told a Pentagon news briefing. 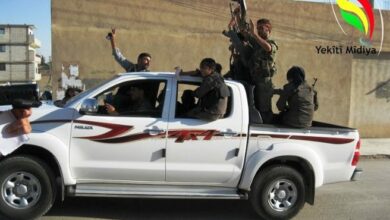 A mass grave was found in Afrin.. Details and Victims