More than 3,200 buildings have been destroyed or damaged during four months of fighting for the Syrian border town of Kobane, according to an analysis of satellite imagery by the UN.

Kurdish militia fighters took back control of the town from the jihadist group Islamic State (IS) on 26 January. Hundreds of Kurds died in the fighting and more than 1,000 IS fighters perished, activists say.

An initial assessment of the satellite pictures by the UN’s Operational Satellite Applications Programme (Unosat) shows that 1,206 buildings were destroyed and 1,169 severely damaged across the town.

A total of 979 impact craters have also been identified within the town and its immediate surroundings. 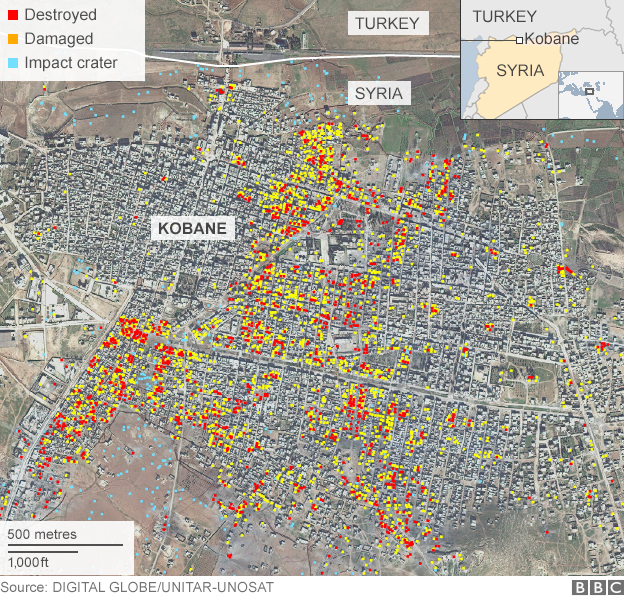 The satellite images were taken on 22 January and compared with images from 6 September 2014 – just days before IS launched its assault on the town, which is also known as Ayn al-Arab.

Photos taken on the ground inside the town since it was recaptured show scenes of devastation, with many buildings in ruins and streets full of rubble. New cemeteries have been created to bury the dead. 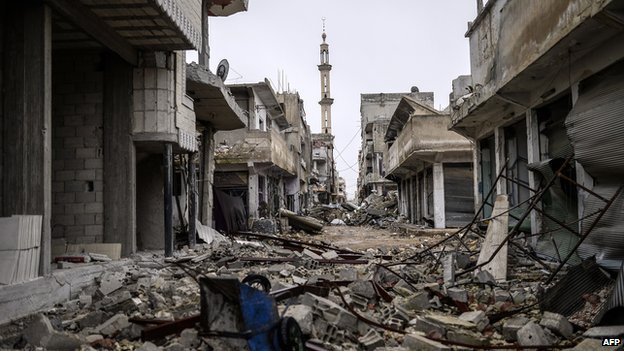 More than 160,000 people who had been sheltering in Kobane fled across the border with Turkey when the fighting began and they are now beginning to return.

The reconstruction work is beginning, but Kobane, which had a population of about 50,000 before the battle with IS started, will take months, if not years, to rebuild.

The last push by the Syrian Kurdish Popular Protection Units (YPG) and Iraqi Kurdish Peshmerga fighters came after heavy days of aerial bombardment by US-led coalition aircraft. The US defence department said it carried out 17 air strikes in the 24 hours from the morning of 25 January.

In the four-month battle to recapture Kobane, IS fighters in and around the town were the focus of more than 600 air strikes by the US-led coalition. 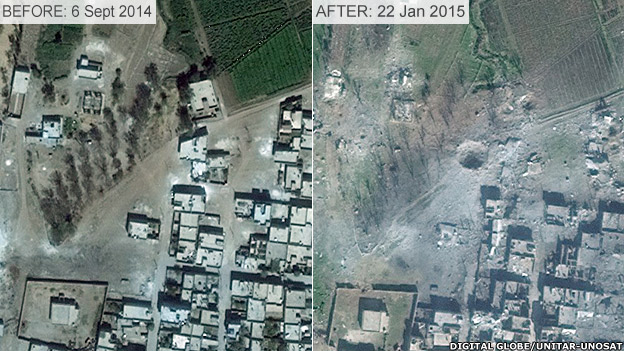 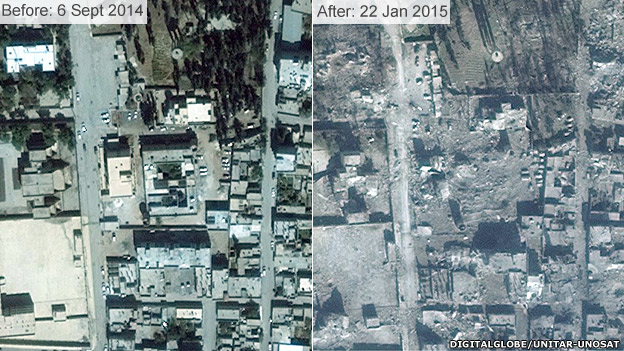 One of the biggest issues has been the removal of dead bodies from the streets. Some remain hidden beneath the rubble.

The Syrian Observatory for Human Rights, a UK-based activist group that monitors the conflict in Syria, says Kurdish forces have now recaptured more than a third of the villages surrounding Kobane.

They are also planning to re-capture another strategic border town, Tal Abyad, about 65km (40 miles) east of Kobane. 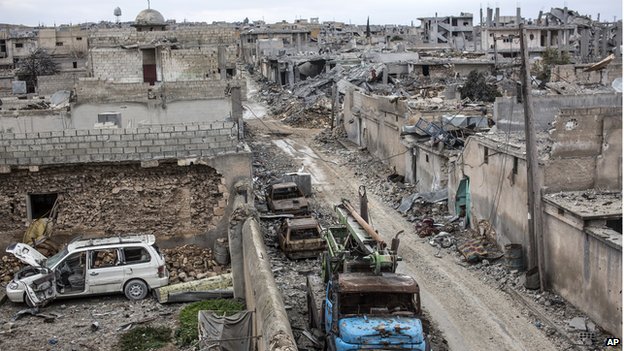