As a result of aligned political views and close cooperation in the past few months, Syria’s Tomorrow Movement, the Arab Council of the Euphrates and Al-Jazeera, the Kurdish National Council in Syria and the Assyrian Democratic Organization has held a series of consecutive meetings, in order to coordinate the efforts to find a political solution in Syria that will save the nation from the pit it is sliding into, and the existential dangers surrounding it while the Regime still cling to a Military solution.

The announcement was made with a spirit of responsibility coming from a shared desire to serve the Syrian cause, and a commitment to partnership and alliance for a better Syrian future.

The “Peace and Freedom Front” is a political alliance between a number of Syria’s political bodies that aim to build a democratic, pluralistic and non centralized system that honor the dignity and freedom of Syrians, no place in it for extremism and elimination in all of their aspects, according to the “Front” principals – which are included in the political declaration.

The “Front” is Open to dialogue and cooperation with all the different Syrian opposition bodies and is supportive of the local, regional and international efforts that aim to end Syria’s suffering through a political solution according to the international resolutions concerning Syria. We emphasize that establishing this alliance does not affect the other different opposition memberships of the bodies making it, rather it completes their efforts.

The “Front” go on from a view that analyzes the current situation in Syria and contributes in building the constitutional base that’ll form tomorrow’s Syria, the “ Front” takes into consideration the particularity of all of Syria’s components and their ethnic and democratic rights, all the way up to their right in a just and fair nation, where freedom, justice, security and equality are fully achieved, starting from the principle that “Syria is a homeland for all and accommodates all”

The “Peace and Freedom Front” supports a political solution in Syria according to international laws, most importantly, the Security Council resolution No 2254 and Geneva I conference, which actualize our people ambitions in democratic transition to a system in which human rights are respected and the peaceful transition of authority is observed and where the law is lord and keeping Syria’s unity intact.

The “Peace and Freedom Front” has summarized its vision for the future of Syria and its work in two papers, political and organizational, and it came into effect by the bodies making this Front during this extensive meeting online – due to the ongoing pandemic. The political paper will be published through conventional media and online.

Lastly, we promise our people that we will remain loyal to them and to work hand in hand with the international community for a political solution to end the Syrian struggle. A solution to end tyranny and honor the rights and dignity of Syrians – all Syrians. 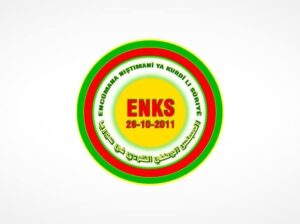 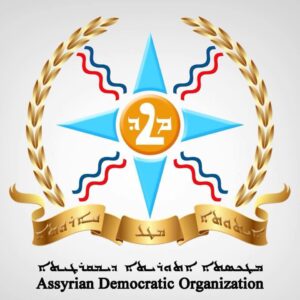