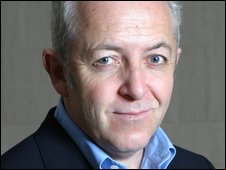 Syria election: A ballot amid a battle

The Assad regime is radiating a new sense of confidence. The elections would not be held without it. Central Damascus looks less like the capital of a country fighting a civil war than at any time since the war started.

The souks are full and ice cream shops are doing a lot of business now that the summer is here. Portraits of President Bashar al-Assad are not rare in Damascus, but the election means that thousands more pictures, posters, banners and pieces of bunting are festooning the city.

Market stalls sell Assad souvenirs; pendants featuring images of the President and his family next to bracelets of President Assad with his vital ally, Hasan Nasrallah, the leader of the Lebanese Shia militia Hezbollah. Or you can buy yellow Hezbollah rubber bangles, or fridge magnets of Bashar al-Assad, his father, brothers, and allies.

The centre of Damascus was never badly damaged by the fighting. Many suburbs, in comparison, are in ruins. Some areas have been retaken by government troops. Others are still in rebel hands. One soldier pointed to a deep scar on his forearm at the last government position on one highway in north-east Damascus. It was caused, he said, by a rebel mortar.

Nine months ago, when the Americans pulled back from the brink of an attack on the Assad regime, the Syrian army’s guns were incessant, thundering round the city. But the rebels in the suburbs were well entrenched. They thought that the tide of war was about to change, perhaps decisively, in their favour. Members of the regime I spoke to in Damascus at the time did not hide their nervousness about the American plans.

The reasons for the Assad regime’s current self esteem start with the fact that the Americans blinked first. Syria’s agreement last September that it would give up its chemical weapons gave President Obama the chance he wanted to stand down his bombers and missiles.

It looked, here in Damascus, a small price for President Bashar al-Assad to pay to avoid an American attack that would have damaged the regime’s forces, been a huge boost for the armed rebels, especially those who fight under the loose banner of the Free Syria Army, the West’s own allies.

One Western diplomat in the region told me that if victory equalled survival, President Assad had already won. But victory also means destroying an enemy, and that has not happened yet. If it ever does, the cancelled American attack starts looking like a decisive turning point for the regime.

Suddenly it was safe from the Americans. The bubble of expectations among the rebels in the Free Army deflated. The view from the Presidential Palace in Damascus became much brighter.

It was also improved by the war within a war that started between different groups of armed rebels, especially the bloody falling-out between the jihadists who had been dominating the fight against the regime. That was brewing before President Obama aborted the attack, but when the two came together President Assad was the beneficiary.

The way that President Obama marched his air force up the hill, and then back down again, also made it easier for Hezbollah, the Lebanese militia movement, to intervene, decisively in some places, in support of President Assad. They could fight without any risk of getting bombed.

Hezbollah’s men are skilled, well armed and fought Israel to a standstill in the 2006 Lebanon war. The militia’s presence, and its fighting abilities, are a vital part of the regime’s new sense of security. The regime, reinforced on the ground by Hezbollah and Iran and with its diplomatic back watched by Russia, has scored significant, though not decisive victories.

But it has made enough progress to judge this to be the right time for an election.

There was talk of one before the crisis last September. But President Assad needed some good news first.

Two main views exist about the election. One, held by those who think that President Assad is part of the problem, is that an election in a country in Syria’s condition is a sham.

The counter argument among his supporters here is the election is not perfect but it is a beginning. One official, who also said everyone knew that President Assad would win, insisted that the election mattered because for the first time since the 1950s Syrians had a choice at the polling booth.

At the beginning of the fourth year of the war, it is hard to remember that when the rebels were on the offensive in 2012 there were reports that the President had fled to a Russian warship in the Mediterranean.

President Assad’s new set of election portraits project the image of an older, slightly plumper, more relaxed and seemingly more secure leader. His other official portraits have not changed much since he inherited power from his father, President Hafez al-Assad in 2000.

The new pictures seem calculated to give the impression that Bashar is, finally, his own man, out of the shadow of his father at last.

Migrants found suffocated in crowded vessel, as 400 are saved near Italy

Kurds need to seek cooperation with Syrian Arab nationals, not the opposite: ANC

Due to the high production costs, the only Alsyaahy (Improved) bread oven in Kobane…