The head of the Met Police has said sorry to the families of three girls missing in Syria after they failed to receive a letter intended for them.

The families complained the letter – about a friend of the girls who went to Syria in 2014 – was given to the pupils instead of being sent directly to them.

It is feared Shamima Begum, Amira Abase, both 15, and Kadiza Sultana, 16, left for Syria to join Islamic State.

Sir Bernard Hogan-Howe told MPs he was sorry the letter “didn’t get through”.

However, he said there was nothing more police could have done to prevent the girls leaving for Syria.

“In hindsight, we now know that these girls were planning to go and neither the family, the police, the school nor anyone else realised that,” he told the Home Affairs Select Committee.

The families of the schoolgirls told the committee they would have done more to monitor the girls if they had known one of their friends had already gone to Syria.

All four teenagers were friends and pupils at Bethnal Green Academy, in east London.

The committee heard the police letter about the first teenager’s disappearance had been given to the three girls, and had not been passed on to parents.

Sahima Begum – sister of Shamima – told the committee her family was “never given the opportunity” to question Shamima as they did not receive the letter.

She said her family only found the letter after Shamima had gone missing.

Ms Begum said her family “did what they could” to monitor her sister’s activities, but would have done more had they known the first girl had gone to Syria.

The three girls paid more than £1,000 in cash to a travel agent for their flights to Istanbul in Turkey – from where they travelled to Syria – the committee also heard.

There was “no evidence” the girls had been involved in terrorism and if they returned to the UK they would not be arrested, he added.

However, he said Aqsa Mahmood – a Scottish woman who travelled to Syria and is suspected of helping to recruit the three schoolgirls online –would be prosecuted if she ever returns to the UK.

The 20-year-old is reported to have been in touch with one of the three schoolgirls.

The families had earlier called for the Met Police to apologise after the letter was given to the girls, rather than to the families directly.

Solicitor Tasnime Akunjee, representing the families, told the committee that had the parents received the letter they would have been “on notice” for issues like radicalisation and foreign travel.

Police had “put a cap” on the amount of information passed to other families about the first girl, he said. 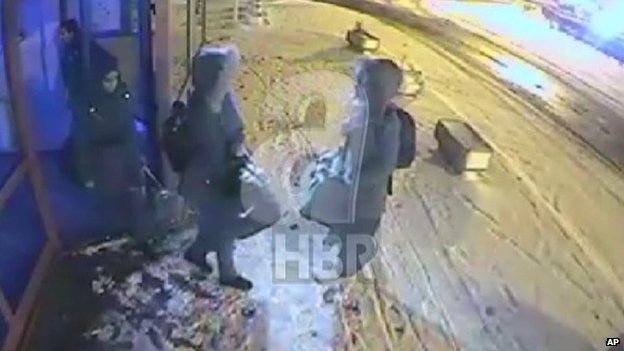 In an interview with LBC radio, he said that no institution should be made a “scapegoat” for the girls’ disappearance.

The three schoolgirls travelled from east London to Turkey last month, before crossing into an area of Syria controlled by Islamic State militants.

Mr Cameron said “everyone has a role to play” in stopping Britons joining IS, including politicians, parents, communities and schools.

“When you have got educated British schoolgirls at an outstanding school in Greenwich finding it somehow attractive to get on a plane to travel to Syria to go and live in a country where gay people are being thrown off buildings and British citizens are being beheaded, and appalling brutality is being meted out, we have a problem,” he said.

He added: “Let’s not pretend this is simply a problem that can be dealt with by policing.”

Kobane: Inside the town devastated by fight against IS