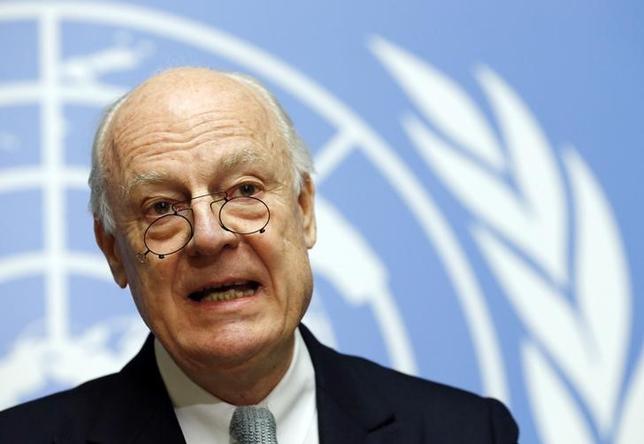 Talks on ending the war in Syria are expected to start on Friday and take six months, although invitations have still not been sent due to “intense disagreements”, the U.N. Syria envoy Staffan de Mistura told a news conference on Monday.

Discussions on who should take part were ongoing in various capitals, including Washington, Moscow, Ankara and Riyadh, he said.

The first phase of talks would last 2-3 weeks, with a focus on a ceasefire, stopping Islamic State and increasing humanitarian aid. Governance, a constitutional review and future U.N. sponsored elections would also be priorities, he said.

“I can tell you in advance, don’t be surprised, there will be a lot of posturing, a lot of walk-outs or walk-ins because a bomb has fallen or because someone has done an attack, and you will see that happening. You should neither be depressed or impressed, but it’s likely to happen.

“The important thing is that we keep the momentum.”

The talks, often referred to as “Geneva 3” because of two previous U.N. processes that failed to stop the war, will also include women’s groups, civil society and others, and De Mistura will begin with shuttle diplomacy between various camps, with “proximity” talks rather than face-to-face negotiations.

He will push for a countrywide “real ceasefire”, including all parties except the two groups designed as “terrorists” by the United Nations – Islamic State and al Nusra.