The protesters raised slogans denouncing the attack of the PYD militia on the Kurdish villages who violated the sanctity of homes as well as condemning the abduction of minors and young men to involve them in unknown battles , raising their photos and their identity papers ,and calling for the entry of the Peshmerga .

It is important to mention that the PYD launched  the campaign of arresting people in the Kurdish villages like Gawhariya, Karango and Tel Habash which are near Amouda city on Monday 23/5/2016 at dawn, and doing the same act at the same in some villages near Derik city and Girkay-lagay town. 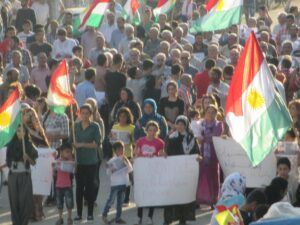 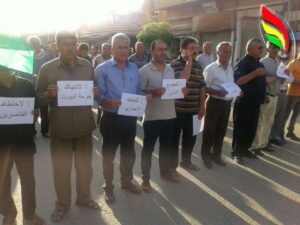 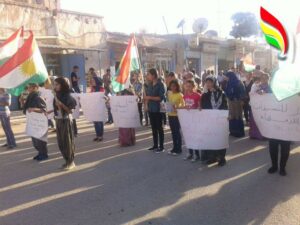 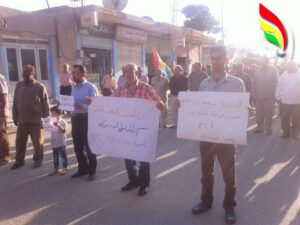 Students Sitting in front of the Educational Department in Qamishlo

Fuad Hussein: a priority of Barzani's visit to Washington is The Kurdish state.