Yekiti Media documented during the year 2022 the names of the Kurdish children kidnapped by the Revolutionary Youth Organization affiliated with the Kurdistan Workers Party (PKK) in Syrian Kurdistan and northern Syria under the control of the Syrian Democratic Forces. While some of them were returned to their families, the fate of many of them is still unknown despite the demands of their families to return them. ….

The commander of the Syrian Democratic Forces, Mazloum Abdi (at that time), signed with the United Nations representative for children and armed conflict, Virginia Gamba, in 2019 a commitment plan to end and prevent the recruitment of children under the age of 18 and not to use them in military action.

Many families are afraid of announcing the abduction of the Revolutionary Youth (Ciwanên Şoreşger) for their children, for fear of retaliation by the PYD and PKK militants, and many of them resort to working to return their children through mediation and paying sums of money in this regard.

It should be noted that the kidnapping of the PKK-affiliated (Ciwanên Şoreşger) organization aims, according to observers, to brainwash them and instruct them on the ideas of the PKK, recruit them and transfer them to the party’s camps in Şengal and Qandil.

A statement from The Kurdish National Council 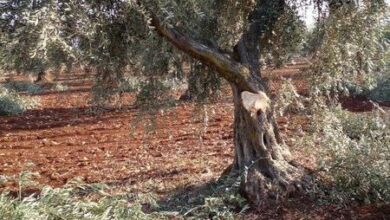