Why are we talking about this now?

Around 15,000 demonstrators in the Armenian capital of Yerevan held a torchlit march to a hilltop memorial complex dedicated to the 1.5 million people killed by the Ottoman Turks more than 100 years ago.

Among them was George Clooney, who called on the world to recognise the mass killings as genocide during a humanitarian prize ceremony in the country.

In his comemorative speech about the genocide, Armenian president Serzh Sargsyan spoke of a recent flare-up of fighting in Nagorno-Karabakh, which is officialy a part of Azerbaijan but has been under the control of local ethnic Armenian forces and the Armenian miliatary since a separatist war ended in 1994. He pledged to protect the Armenians living there and condemned Azerbaijan for what he called plans to drive out Armenians from the region.

The atrocity is marked each year on 24 April, which is regarded as the start of the massacre as it is the day in that more than 200 Armenian intellectuals were rounded up, arrested and executed in 1915. 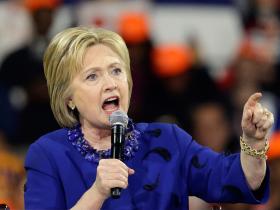 The US must recognise the Armenian genocide

Weekend vigils, marches and demonstrations have been held in LA in commemoration of the massacres, in which tens of thousands of people marched through the area known as Little Armenia to the Turkish Consulate, calling for Turkey and America to recognise the acts as genocide. Southern California reportedly has the largest Armenian population outside of Armenia.

It is estimated that 1.5 million Christian Armenians were killed from April 1915 up until 1917 by Ottoman Turkish Muslims. The population of Armenians is understood to have gone from around two million to roughly 400,000 people during the massacre, which took place as the Ottoman empire was collapsing, and is widely regarded by historians as the first genocide of the 20th century. 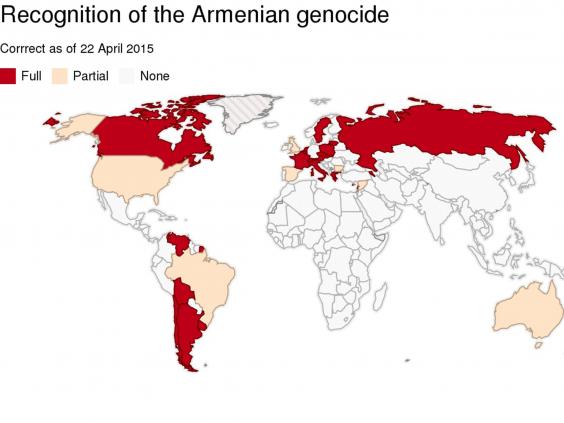 Following the killing of  intellectuals, 60,000 Armenian men were conscripted to the Ottoman army, disarmed and murdered, according to the Armenian Genocide Museum and Institute. Armenian women, children, and the elderly were deported en masse, deprived of food or water, and sent on “death marches” to the Syrian desert. Many died of disease and exhaustion or were killed en route and buried in mass graves.

Why is it so controversial?

Turkey does not recognise the mass killings as genocide and instead contends those who died between 1915 and 1917 were victims of civil war and unrest. It also claims the number of people who were killed has been inflated.

While President Obama this year referred to the killings as “the first mass atrocity of the 20th Century […] when one and a half million Armenian people were deported, massacred, and marched to their deaths in the final days of the Ottoman empire,” he stopped short of calling it genocide. This breaks a campaign promise he made in 2008 and has infuriated campaigners. Over 40 US states recognise the genocide however, including California, whose Governor Jerry Brown declared 24 April a state-wide “Day of Remembrance of Armenian Genocide,” while more than 20 countries including Canada, France and Russia do, too.

What does Turkey say?

Turkey’s President Recep Tayyip Erdogan this year issued a message commemorating the lives of Armenians who died in 1915, but made no reference to the massacre. He instead said he welcomed the commemoration “to share the grief endured by the Ottoman Armenians, as well as honour their memories.”

He then criticised efforts “to politicize history through a bitter rhetoric of hate and enmity and strive to alienate the two neighbouring nations.”

What does Armenia say?

Armenian president Serzh Sargsyan said the country had “proved to ourselves and the world that the genocidal plans of the Turks had failed,” and condemned Turkey’s continued “policy of denial”.

Referencing the fighting in Nagorno-Karabakh, he said: “We will not allow another Armenian Genocide”.

Syrian warplane 'shot down' after flying over Isis-controlled territory