So many leaders and officials, including me, made serious mistakes working on the Syrian war and we need to be regretful and humble.

Of course, the first thing to remember about Syria is the terrible suffering of her citizens, but we should also remember the limits of what foreign intervention can achieve in the civil wars of other countries. America learned this lesson in Vietnam, then after 9/11 it had to relearn it in Iraq. Like Bush in April 2003 Putin has achieved his immediate military objective in Syria. His ally President Assad and his brutal government will remain in power. Moscow doesn’t like Assad so much, but because it cannot find or impose an alternative, President Putin will have to work with the Syrian president and his weak government. Moscow can only hope that after the 2021 election, perhaps Assad and his circle will undertake an initiative for real reconciliation.

In the meantime, in the absence of any significant reforms in Damascus, Washington and the European Union will continue their sanctions on Syria and the country will depend on humanitarian assistance for a long time. For this reason, Moscow at the Security Council has worked to increase the control by Damascus over more and more humanitarian aid going into Syria. Assad must ensure politically sensitive interests do not suffer too much from sanctions.

Humanitarian aid is not a long-term solution to the Syrian crisis, and the terrible situation of the Syrian economy shows the weakness of the Russian military achievements.

The American military umbrella over the autonomous region in northeast Syria also complicates Russia securing a full political and economic victory in Syria. On a commercial level, Moscow saw an American firm sign an oil deal that Moscow thought Russian companies would capture.

On an economic level, while the oil revenues are small compared to the costs of rebuilding Syria, the deal will create additional energy and budget headaches for Damascus. On a political level, the deal will impede Russian efforts to achieve an agreement between Damascus and the Syrian Kurdish PYD party ruling in northeast Syria about the future of government in that region.

Of course, the United States also can claim few successes in Syria. The coordinator of American policy on Syria, Ambassador James Jeffrey, stresses that Washington wants to cooperate with Russia and the United Nations to find a way to compel Assad to implement political reforms and conduct free and fair elections in Syria.

There aren’t many deep conversations between Jeffrey and his team and the Russian government now, however. The disputes between Washington and Moscow about Ukraine and sanctions, about nuclear missiles, and about interference in each other’s domestic politics worsen the atmosphere in the two capitals.

In addition, Moscow is not enthusiastic about negotiating with the Trump administration. Foreign Minister Lavrov at a press conference with Iranian Foreign Minister Zarif on July 22 criticized the “political culture” in Washington that encourages American officials to leak secrets about bilateral negotiations into the public.

The Russian Foreign Ministry cannot extract concessions from Assad or Washington, and few Russian companies are winning commercial profits from the destroyed Syrian economy. The only remaining Russian institution with a big interest in Syria is the Russian military.

The commander of American forces in the Middle East, General MacKenzie, said in June that the Russians are sending more military equipment to Syria, and Russian ground patrols are entering more often into eastern Syria where the American army and air force operate.

There are sometimes unarmed skirmishes between American and Russian soldiers near Qamishli and near the M4 highway that connects Syria to the American military supply line at Fesh Khabur coming from Iraq.

Unfortunately for Moscow, the Syrian Army’s brutal behavior towards the region’s citizens hinders Russian efforts to win political support. Russia’s government budget can pay the small costs of its military forces in Syria, but those military forces can’t impose a solution on Assad, Turkey or the Americans any time soon. Russia can live with this politically and militarily frozen situation, but the unfortunate Syrian citizen finds no possibility for economic improvement in the near future.

US on UAE-Israel Agreement: Other Arab States to Follow Suit 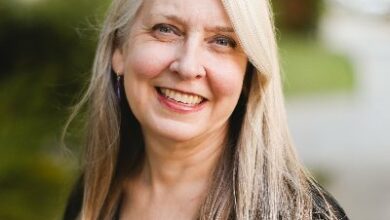